The Dangerfield of the Western Conference 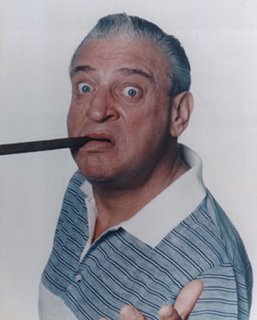 (FortCollins-CO) The Denver Nuggets are the Rodney Dangerfields of the Western Conference Playoff picture. The Memphis Grizzlies and Los Angeles Clippers are wet on the chops to potentially host Denver even though they will be the lower seeded team. No one in sports media is even giving the Nuggets an ounce of a chance to emerge from the first round. They are even going as far as overlooking the Nuggets and starting to predict what will happen in the second round to either of the aforementioned teams. But I have some research that might be more insightful than the average sports commentator reading cue cards, and may just be the reasons to believe that the Nuggets are capable of advancing to the second round of the playoffs.

First, the Nuggets are currently the fifth highest point scoring team per game in the NBA. They average 100.6 points per game. This stat is indicative of the tempo and style of basketball that the Nuggets are comfortable playing. With this knowledge, and Assistant Coach Doug “The Master of the Run & Gun” Moe on the bench, every game needs to be a race to 100. The Clippers are currently 15th in the league in per game scoring and only average 97 points. Even more favorable for the Nuggets is the style of game that Memphis is prone to playing. Memphis is 27th in the league in scoring per game, and only averages 91.9 points per outing.

So what does this mean? It means that with an even remotely healthy Marcus Camby the Nuggets should be able to contain Pau Gasol in the half court set, and should have major advantages with fast break opportunities that will be the result of defensive rebounding and quick outlet passes. As long as you keep a hand in Mike Miller’s face on the perimeter, the Nuggets should be able to get the Grizzlies in a rhythm that is favorable.

Against the Clippers, this task is going to be much more complicated, but still within the Nuggets means of accomplishment. LA has a much better inside game with Elton Brand. Not only is he a more efficient scorer, but he is also a better rebounder. The Clippers also have more guys that can hurt you from downtown. Sam Cassell relishes in beating the Nuggets (remember the battles that the Nuggets had when he was in Minnesota?). Cuttino Mobley and Corey Maggette are also legitimate three point shooters. Guys like Greg Buckner and DerMarr Johnson are going to have to play solid minutes if the Nuggets are going win a potential series with the Clippers. Along with solid defense, the Nuggets have to control the tempo of the game by running the break EVERYTIME the opportunity is there. If they do this, they should be able to beat either team in six games.

The second statistical category that I feel needs to be examined is team assists. The Nuggets are currently the third best passing team in the NBA. The Clippers are 11th and Memphis is 23rd. This means that the Nuggets are at their best when they are moving the ball on offense with dribble penetration and shooter relocation. The Nuggets can ill-afford to stand around and watch each other try to score off the dribble. When Carmelo or Andre Miller drive to the basket the other Nuggets need to get to spots in the collapsing defense so the attacker has places to pass the ball, preferably for open shots. Carmelo Anthony is the only Nugget that can really create for himself face-up with a defender. Andre Miller is effective in the post, but needs people to pass to when the double team slides over. The Nuggets need quick continuity to defeat either team.

The final area for concern for Nuggets fans is turnovers. The Memphis Grizzlies are the fifth best team in the league about not turning the ball over. The Nuggets are a bottom tier team when it comes to turning the ball over at 23rd overall. Denver is averaging nearly 15 turnovers a game and often times have been bitten in the rump by poor decision-making in critical moments (remember the Celtics game in Boston?). If the Nuggets can limit the amount of senseless turnovers that lead to easy scores for the opposition, in my opinion, they can alleviate nearly ten points scored against them. Turnovers are going to happen, but it will be limiting their effect on the game that will be paramount for the Nuggets. Memphis isn’t going to turn it over, mainly because they spend so much time in the half court set. So the Nuggets need to be conscience of the amount of risky endeavors they chose to embark on when handling the basketball. Memphis or LA isn’t going to give them many points off turnovers back, so it will be up to the Nuggets to control how many they give the opposition.
So my recipe for success in the post season is this; Control the tempo of the game with the fast break, a no brainer really for anyone who has watched the Nuggets, pass the ball effectively in the half court set off dribble penetration, and do not fall apart turning the ball over and letting the other team cash in on easy scores. If the Nuggets can execute in these three critical areas it doesn’t matter whom they end up with in the first round. The rest of the game will come easy for Denver if they take care of these three bulleted, italicized, highlighted, and emphasized points. I say, “Bring it on!” The Nuggets are going to make a lot of people eat their words! Earn that respect that nobody is willing to give you and leave sports journalists with their feet in their mouths.
Posted by Nugg Doctor at 12:03 PM

Grand to have you as a reader
Moose, but if you are going to comment on this site please back up your position so others can either agree or disagree with you. I encourage all positions to make themselves known, but saying that the "Nuggets Suck" doesn't give you much credibility to stand on. Tell us why, and maybe someone will agree with you.

I agree Nuggets do Suck!
They don't deserve any respect. When two teams sitting at five and six both want to lose 'cause they both have better records than the third seed that means the third seed must suck.

No way the Nuggs make it out of the first round against any team.

after the dismal performance and the stupidity of george carl to keep putting earl boykins in the game, no wonder we are getting embarassed. I am a lifelong nuggets fan. But with the product george carl eradically puts on the floor with a 5 5 point guard against the clippers, its like playing 5 on 4 in favor of clippers. george needs to be fired for incompetancy. one of the worst coaching ever seen in playoffs.

George Carl proved again last night he doesn't have the intelligence to compete in the playoffs....Earl Boykins is useless against a quick big team like the clippers. When Earl is in, its like 5 on 4 and not in the nuggets favor. Plus he is a terrible shooter....of course he gets lucky every once in a while. George should be fired for his stupidity.