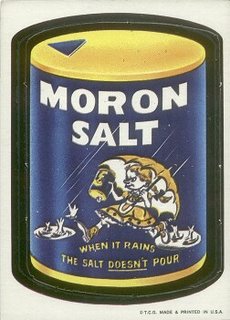 (FortCollins-CO) Denver Nugget forward Kenyon Martin obviously isn’t ready to let water run under the bridge in regards to his squabble with George Karl and the rest of the Nuggets. It would appear that the only friend Martin has in Nuggets clubhouse is DerMarr Johnson. Johnson has commented on the whole situation as saying, “He just said they spoke," referring to Kenyon Martin and Coach George Karl. Johnson also added this statement about Kenyon‘s state of mind earlier this off-season, “I know at one point he really wanted to (be traded). Right now, things look like they're kind of patched up a little bit. ... I, obviously, don't want him to go. I hope everything can work out right. You've kind of got to let go of things. You can't just stay mad forever.” That’s sound advice and Kenyon Martin should take heed to what his friend has to say. However, and how history has shown us, Kenyon Martin rarely makes sound decisions. Mainly in my opinion because he has a tendency to act out in an attempt draw attention to himself while detracting from the team.

When Kenyon was asked about the relationship, and if there has been any forgiveness between him and Karl in conversations that took place on Sunday before a Las Vegas summer league game. Martin stated, “Man, they ain't going well,” and then added, “Just leave me alone.”

Here is my final plea… Trade this guy and get it over with!

And I would really appreciate it if you would combo him with Andre Miller in a deal that would acquire Allen Iverson. Look at it this way, the Nuggets have Nene coming back and filing the hole Kenyon Martin would be leaving. Quite possibly filling it and then overflowing out of the divot that Kenyon has left. Then the Nuggets would have AI replacing Miller and would be starting a five of the aforementioned, plus Anthony, Camby, Nene, and Greg Buckner. Sounds nice, sounds real nice
Posted by Nugg Doctor at 10:43 AM