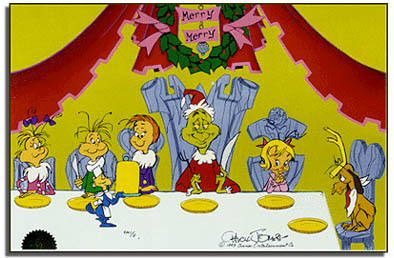 (Boulder-CO) The Denver Nuggets almost had their Christmas spoiled by the Sacramento Kings, but Linas Kleiza saved the day with a buzzer-beating 20 foot jumper to push Denver over the top, 106-105.
I thought the Nuggets really played poorly in the first half. They allowed the Kings to score 66 points on nearly 50% shooting while they only tallied 51 points on barely 40%. Denver was allowing anyone on the Kings a wide-open look from the perimeter and the interior defense was flat-out soft. Kenyon Martin and Nene are sorely being missed, and after last night it is apparently critical that one of the two can stay healthy for the rest of the season.
In the second half, the Nuggets that we all know are hiding underneath some kind of funky shirt came out and put it to the Kings. Denver outscored the Kings, 55-39, in the half and came back from down ten to start the fourth quarter in a victory capped off by Linas Kleiza gathering a loose ball, checking the clock on the other end of the floor, and letting fly a jump shot from the top of the key that dropped!
Carmelo Anthony led the Nuggets offensively with 30 points, twelve rebounds (God, I love it when he cleans the glass), and two blocks. And for a change he had more support from just one player that goes by a two consonant acronym. AI had his 21 points and six dimes in a game that I thought was poorly officiated, but J.R. Smith got some burn from George Karl and made the best of it by going 4-8 from the three-point arch scoring 14 points in 18 minutes. In fact, I think this is the first time in December that the Nuggets bench has outscored the opposition’s by bettering Sacramento, 34-22. Najera had five and eleven boards, Atkins had a trey, and LK finished with 12 points - including the most important score. For that matter, even Marcus Camby exploded for 19 points and a team-high 14 rebounds! The point that I’m trying to illustrate here (just in case you have already had too much egg nog) is that the Nuggets finally got a rounded effort and it was nice to see the contribution out of some guys that had all but disappeared for awhile.
Up next for the Nuggets is a home game against the Bucks on the 26th before a back-to-back set with the Golden State Warriors over the weekend.
Merry Christmas, Nuggets Nation.
P.S.- Sorry about that Trailblazer game and a preview for this one… I didn’t have the internet where I was and, uh you know… It’s the holidays!
Go Nuggets!

That game was hard to watch but the ending was so so sweet. It's a Festivus miracle! Merry Christmas everyone and Go Nuggets

I agree on this game being a team effort....and not just the players...George showed a pulse today...even in the first half instead of leaning back in his chair chewing his gum with a comatose stare he was up leaning up against the scorers table, coaching, calling timeouts at the right times and even working the officials. The second half showed more of the same with him even making the right substitutions late in the game...i feel like the nuggets grew up a bit this game, they did not shoot particularly well but gutsy plays late led to this victory...lets hope we can build on this

Wow, great gamewinner bei Linas. It was funny how we watched on the other basket's clock at first before shootin a fallaway jumper to win it all.

Great shot. Second gamewinner in the past 3 games.

I hope JR is getting out of Karl's Doghouse after this one. We really need a streaky shooter like him. Atkins is 7/27 as a Nugget this season...