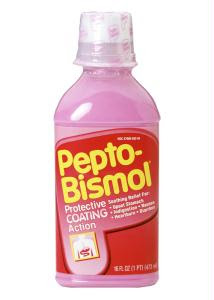 (Boulder-CO) If the Nuggets were an agitated stomach than tonight’s win was a slug of Pepto-Bismol straight from the bottle. Denver played its most complete game to date against the Hornets and concluded victorious, 116-91. The victory not only brings the Nuggets back to .500, but also denies the Hornets a lock on the potential tie-breaker for the time being. These two teams match-up one more time this season in what is sure to be a pivotal game to determine who will hold the advantage, if it is indeed needed, to grant one of these teams a playoff birth.
Believe it or not, the Nuggets won this game in such dominating fashion due to their defense. They held the Hornets to 40 points combined in the second and third period and the defensive effort ignited the offense. In the same stretch of contest the Nuggets’ fast break started to click as they scored 29 points in the second and 34 points in the third quarter. After three, the Nuggets were smoking out the Hornets, 87-65. Through the fast break the Nuggets were sharing the basketball, people were involved, and as a team the Nuggets were looking better than they have all season long.
I purposely have segregated the fourth quarter because there were some things that still irked me. For starters, the Nuggets allowed the Hornets to close the gap to eight with five minute remaining. Tonight it didn’t burn them, and no disrespect to the Hornets, but what could have happened if they were playing the Mavericks or Suns? I don’t think that I am alone in thinking that they maybe wouldn’t have been so fortunate to have been able to swing the momentum back in their favor.
The other aspect of the quarter that bothered me was the lack of free-throw attempts. Denver only went to the charity line for six attempts, making two, in the final quarter. Not as serious as my first point, but still an area for concern, at least for me. Taking the ball to the hole should be second nature, and the Nuggets went away from it and still shot too many jumpers for my liking. But luckily for the Nuggets they started to fall at the right time.
Anyways… I digress because there was some really good things about tonight’s game too. Plus, as Allen Iverson said in his post-game media conference, “A win is a win.”
The Nuggets finally put together a balanced effort on offense that was led by Allen Iverson’s 25 points, five assists, and three rebounds. Carmelo Anthony, father-to-be any minute now, reacted to the strong words from his coach and put forth a much more balanced stat line. ‘Melo gave the Nuggets 21 points, seven rebounds, six assists, and a steal in 31 minutes of action. After the game, Carmelo was quickly on his way to the hospital to be present for the birth of his first child.
Other Nuggets of note were Nene with 15 points, 14 rebounds, three assists, a block, and a steal, Steve Blake with an economical 13 points and six assists with only two turnovers, and Eduardo Najera who sparked the Nuggets off the bench with ten points and six rebounds.
Oh, and wait just one more second… Marcus Camby exploded for a huge game that included 11 rebounds, eight points, six blocks, six assists, five assists, and four steals. Does monstrous sum up that kind of box score?
Final crumbs of note were J.R. Smith’s early return in the final minute of the game from a lateral meniscus tear and knee scope two weeks ago and the continued ride on the pine for Reggie Evans. The benching of yet another game brings Reggie’s recent rest up to four DNP’s in the last six games. Boy, do I wish I knew what was going on there…
With all that said, it was a solid win overall. However, there is no rest for the weary and the Nuggets will be back in action on the road tomorrow night against the Golden State Warriors. Go Nuggets!
Posted by Nugg Doctor at 9:25 PM

Haha, I guess JR didn't lie to me when he said he was coming back on Friday or sooner -- I thought he was yanking my chain. He was obviously a little hobbled last night, but it was good to see him out there so quickly after surgery. I was screaming "Give him the ball, he's right there!!" at Kleiza in the final minute, but my seats aren't close enough.

But yeah, this was a great win. It was especially sweet after seeing them blow it in OT last time. Nene was a monster on the glass -- if we can start getting that kind of rebounding from him on the regular, he's really going to be worth the big-ass contract he signed in the off-season.

I've been loving Eddie lately -- it seems like he never misses layups. After that game where he went almost perfect, he's just been on fire with those little reverse finishes. I think he and Kleiza have been the reason Reggie hasn't gotten off the bench lately -- they've been playing well AND can shoot free throws. I hope both of them can keep it up, because we need the role-players to score 10/night for this team to be successful.

Great win -- now we need to bottle whatever fire got under us this game and keep it going for the rest of the year.