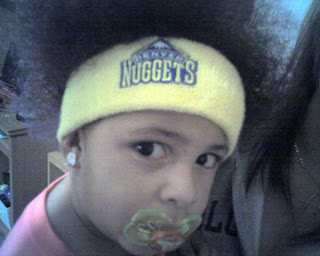 (Boulder-CO) The Denver Nuggets scored a season low for points tonight and were bullied like freshman on the first day of high school to the tune of 105-90. The Dallas Mavericks came out of the blocks hot and opened up a 41 point quarter, their highest mark of the year to start any game, and never even looked back. This game proved to me that the inexperience and youth of the Nuggets is going to be a major obstacle to overcome.
Everyone wearing Nuggets across their chest tonight played timid and overwhelmed as the Mavericks put it on ‘em. ‘Melo and J.R. both finished with 18 points falling well below what was expected out of the NBA’s highest scoring duo. Marcus Camby was the only other Nugget of note scoring 13 points and grabbing eleven boards for the double-dub.
When the teams’ totals are tabulated, the Nuggets were out rebounded 51-41 and out passed 22-15 in the assist column. Andre Miller alone had 20 assists last night, so what the hell happened tonight?
I tell you what I think happened… The Nuggets faced a team tonight that has one thing over them at this juncture of the season and that one thing is CONFIDENCE. The Mavs came out and knew what they wanted to do and executed. Not only offensively, but defensively as well. They held ‘Melo to a minimum and forced the rest of the Nuggets to beat them and the task was too much for Denver. It could have been the little sisters of the poor suited up to take on Dallas, but the Mavs would have treated them no differently than the Nuggets. What we saw tonight was a poised, veteran team that has been to the NBA Finals before taking on a team that is still wet behind the ears.
The Nuggets are still in good shape luckily, and will have a chance to regroup and refocus for a little revenge on the Atlanta Hawks Tuesday night. One last side note on this game before I file it in the, “Never to be reminded of again” folder; this loss makes the Nuggets one for their last eighteen games in Dallas and let me tell you that the other two teams in Texas are no joke either…
I expect a tenacious effort on the bird and truly believe that the Nuggets will be victorious!
Posted by Nugg Doctor at 10:20 PM

Second game of a back to back too. Not an opportune time to face a championship contender.

You can say that again, Seth. Not to mention the schedule makers put both NBA Finals teams on that said back-to-back!