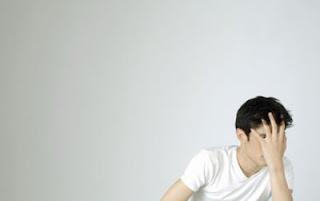 (Boulder-CO) Well Denver, I try to set you up with a chance to make me look good and what do you do? You go ahead and let the 8-13 Celtics tighten their belt and beat you for their fourth home win out of twelve attempts! Thanks for nothing guys, geez… The Celtics played well and really exposed what I feel could be a fundamental problem for the Nuggets in their 117-114 win.
Carmelo Anthony finished with a season-high 42 points, but there was too big a deficit going into halftime for the Nuggets to overcome. After a dreadful 17-point first quarter the Nuggets rallied the troops, but were still down 64-47 at the break. The Celtics shot 57% in the first half as the Nuggets played matador-esque defense.
The fundamental problem that jumps right out at me is the Nuggets are not executing defensively on the other team’s first offensive option. They allowed Paul Pierce to finish 11-17 from the field and 6-12 from downtown. After he earned ten free-throws, Pierce finished the game with 38 big ones. Denver has to limit the other team’s best player to at least his average if they are going to be successful. Tonight, they let Pierce score 11 more points than his average, thus indicating to me that the first bullet of defensive objective was missed.
In the second half, the Nuggets did up their intensity, but the damage was already done. The closest they could shorten the lead to was three before the Celtics put them to sleep. When all was finished only five Celtics were in the box score with points (Ok six, but Leon Powe only scored one) and Denver was bettered in the columns of both shooting percentages, free throw attempts and percentage, rebounds, and assists.
A bright spot was Andre Miller’s jump shot. Miller finished with 18 points and six assists on 9-17 shooting. Miller sunk a couple of nice jumpers down the stretch that caught me by surprise and I whimpered out a couple of cheers. What else do you want from me?
Denver is now 1-3 on this five game road trip. They can at least salvage a win against New York, can’t they?
Posted by Nugg Doctor at 7:32 PM

as you did for me, i urge you to take it easy and disregard nagging losses to the celtics. at least you've got the melo show. get ready for the showdown saturday night...

so hard to predict when they are so unpredictable. Where have the days of the so predictable Chicago Bulls gone?

Thanks Seth, I am looking forward to it. May the best team win, actually on second thought, may the Nuggets win at any cost!

It continues to amaze me that other than Eddie, the nuggs continually leave their feet at the first head fake...damn, let em shoot over you before you keep getting up in the air and taking yourself completely out of the play.