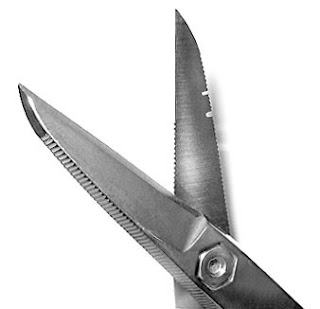 (Boulder-CO) It’s never personal, but some guys just don’t end up making the final cut. And when I say, “some guys”, I mean Anthony Roberson, Mike Wilks, Jelani McCoy, Brad Stricker, and I’m afraid to say… The Plastic Man Stacey Augmon were all thanked for their services and waived after last night’s game.
Not too many surprises on this cut list, but I did think that with the point guard situation looking as banged up as it is that Anthony Roberson might have stuck around a little bit longer. Especially since the Nuggets roster now stands at 14 players and the NBA roster limit stipulates that a team must have 12 active players at any given time, but also must have at least one “inactive” player with a maximum of three.
Now the current roster looks a little something like this:
Carmelo Anthony*
Chucky Atkins*
Marcus Camby*
Anthony Carter
Yakhouba Diawara
Steven Hunter
Allen Iverson*
Bobby Jones
Linas Kleiza
Kenyon Martin
Eduardo Najera*
Nene
J.R. Smith
Von Wafer
*denotes probable starter for opening night
Posted by Nugg Doctor at 8:33 AM

Word has it that Atkins will not start at PG to begin the year. It looks like AI will start, and either Diawara or Bobby Jones will start at the 2 guard. You read it here first!

Yeah, from watching the "Real Training Camp" special that they had on the Nuggets a week or so ago on NBATV, Bobby Jones looks like the starter. Yak was wearing the 2nd/3rd team colors (along with J.R. and Von Wafer) and Bobby Jones was playing with the starting unit most of the time.

The lineup that they were playing most often as the 'starters' was AI, Jones, Melo, K-Mart, and Camby. I know that K-Mart was probably just getting a lot of time in practice because Nene was still a little banged up. I assume that's why he was starting, but you never know I guess. I hope he takes it easy on himself even if he's feeling good and playing well.

And again, I like the idea of starting Jones. I'm a J.R. guy to the finish (hopefully that's not soon), but if Jones is playing better and is a good defender, then there's really no choice to be made. He's been hitting his threes in pre-season and practice, and he's made some nice moves going to the basket. I like that we have a good shooter in Chucky, but that size will absolutely kill us against most PG/SG tandems in the league. Lets face it, Chucky isn't that hot of a defender and AI's specialty is just playing passing lanes -- so we need someone like Jones (who I prefer because he appears to have gotten a jumpshot) or Yak to play perimeter defense and provide some size.

Kudos to George if he actually gets the clue and plays a real 2 guard. And hopefully we can settle on a starting lineup early this year so we don't keep having chemistry problems. I have a feeling that LK will work his way into the starting lineup, but having him in a 6th man kind of role and playing 25 minutes off the bench would be great.