Ding-Dong, the 'Dubs are Dead! 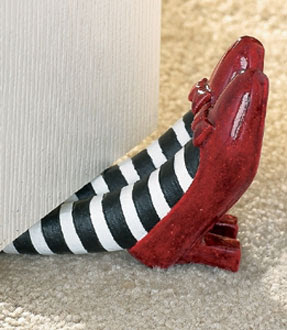 (Boulder-CO) The Denver Nuggets are in the playoffs! The Golden State Warriors lost last night to the Phoenix Suns, 122-116, and ensured Denver's place as the eighth seed in the Western Conference. The Nuggets do still own the tie-breaker with Dallas and only trail the Mavericks by a single game with one game remaining for each team meaning that if Denver wins (they play the Grizzlies tomorrow night) and Dallas loses (they play the Hornets tomorrow night) then Denver would actually finish with the seventh seed and Dallas with the eighth via the same regular season record (50-32).
Honestly, the only team I don't want to see the Nuggets matched-up with is the Spurs. For some reason, those guys just seem to have the Nuggets' number. But, interestingly enough, if the Mavericks lose to the Hornets on Wednesday and the Nuggets do beat Memphis then Denver would face the Hornets in the 2-7 match-up (a more favorable series for Denver in my opinion) instead of the more probable 1-8 match-up with the Lakers.
But for now, Nuggets Nation, the Nuggets are playoff bound and that's all that matters.
Go Nuggets!
Posted by Nugg Doctor at 12:03 PM

I don't think we've had much success with the Lakers or the Hornets, why do you think that is? Especially the Lakers because they sweeped the season series at 3-0 against our Nuggets.

Anybody have any idea why?

Thanks in advance for the insight.

you're off-base on this one. Denver can beat the spurs. They won't be the favorites, but they match-up well, and as long as they can get their usual bench production in the playoffs, it's a 6-7 game series either way.

They can't beat the lakers. I'd be shocked if they win a game. They have the worst match-up against the best scorer in the league, and are poorly equiped to guard the Lakers front line of Gasol and Odom, since Camby can't guard anybody.

I dont see the Nugs beating the LAL in 4 games, but I can actually see getting 4 versus the Hornets. Of course I thought that of the Clippers in 06.

Of course, if someone can slip Kobe some ExLax in his pregame shake...

As citizens of the NBA, it falls on the rest of us to help Save the Sonics! I beg you to please post your team/owner's information with the following. Thanks!

We Miami Heat fans have put together a proposed plan of action here: http://thesouthfloridafan.blogspot.com/2008/04/how-to-help-seattle-keep-their-sonics.html

IMPLORE EVERY NBA TEAM BLOG TO POST THE ADDRESS OF THEIR OWNERS. IN ADDITION, LETTERS SHOULD INCLUDE SOMETHING LIKE THIS:

"As a form of protest, we vow to boycott any game next season in which the Oklahoma City Sonics play, whether it be in our arena or watching it on television."

Spread this around as much as you can. It's going to take the other teams to prevent this from happening. Let's save the Sonics!

(E-mail your local newspaper too. This is of vital importance)

I would much rather see the Nuggets against the Hornets, it'll be an ugly fight but the Nuggs should be able to pull an upset if they play well consistently.

Infact, I think with consistent good play, the Nuggs can beat any of teams in the West except the Lakers. The Lakers seem to have something on the Nuggets this year, they took the Nuggets to school every time they met this year.

JR is the only hope of guarding Kobe -- that's probably not a good thing, but if he really steps it up, he's big and fast enough to give him trouble. When he's playing well, he is the best perimeter defender we have against guys like Kobe, which makes me really want Artest once again...

Anyway, I don't think we'd win against the Lakers, and they sewed up the top spot last night. The Hornets are inexperienced and I think we'd give them a hell of a fight at the least. But honestly, if we got the Spurs, I'd be jumping for joy -- they're really showing their age. Yes, that's what people say every year, but their offense has been dismal and we've played well against them the last few times. They absolutely can't guard JR, and I can guarantee that AI won't have a repeat of last season's playoffs. So that's what I'm really hoping for -- come on Hornets, beat those Mavs...

I'll be at the game tonight -- should be fun. Fan Appreciation Night = Bunch of Useless Crap Night

The Lakers have pretty much slapped us around and called us Susan all year. No way do I want to see them in the first round. Go Hornets tonight!

And with my best friend being a Lake Show fan, I just can't deal with the abuse!