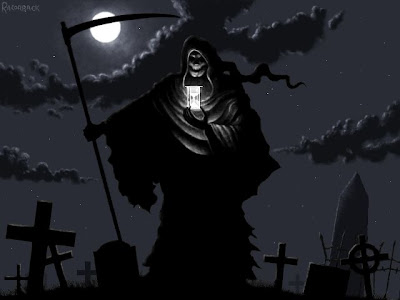 (Boulder-CO) Home sweet home, but can you hear that sound? It's the Grim Reaper sharpening the sickle if the Nuggets lose today's game. Simply stated: Denver has to win this game to stay in the series. You can count the number of teams that have ever come back from three games to none on one hand, and if the trash talking Nuggets have any resolve they will find a way to take game three. And a good place to start would be to stop talking trash to Kobe Bryant.

Now, I'm going to give Bryant some of his due credit. The man is the best player on the planet as of today. Offensively, there is no way to stop him and the old cliche of just trying to contain him is true. Defensively, he puts the same explosive, quick, and hassling qualities he displays on offense to become a tireless defender. And, as J.R. Smith found out in game two, talking to him is akin to shaking a tree and hoping a leopard doesn't fall out (a classic Kobe Bryant statement) . 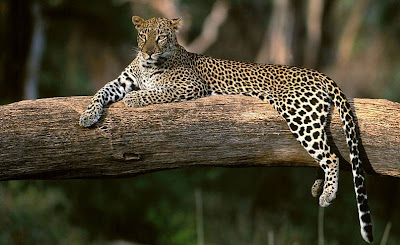 But, for the Nuggets to win they need to examine how they have found ways to come back in each of the two previous games after being down by sizable leads and maintain that style of play for longer stretches. The Lakers are beatable. That's right, believe it or not, from what I've seen in games one and two, the Lakers are beatable by the Nuggets. The final box scores are really indicative of the Nuggets unraveling rather then the Lakers just being that dominant. The only problem the Nuggets need to work out is their Swiss cheese defense and how they avoid long durations of playing it. See, for Denver, they can't get anything going off of made baskets because they have very little resemblance to a half court offense. Almost every time L.A. has scored it becomes a one-on-three situation on the other end with Carmelo or Iverson trying to do too much as everyone else just stands around gawking and the Lakers are too smart on defense to let just two opposing players beat them.

So, for the Nuggets to have any chance of winning at the Pepsi Center today they need to first concentrate on playing defense, zone or man, and getting the leather off the iron to try and start their transition game. That means Camby needs to give up the damn ball and stop trying to lead the break, Iverson, Carter, 'Melo, and J.R. Smith need to make smart decisions distributing or finsihing, and the rest of the Nuggets need to run the floor to give the fast break focal point options to use. When Denver runs the floor it almost always leads to assists (ultimately leading towards a TEAM effort offensively), easy buckets, and momentum -three things so far that I feel the Nuggets have failed to maintain for any meaningful stretches of time in this series.

If Denver can get that aspect of their game going first, starting with defense, that is their only way of beating a far more fluid, and team-oriented, Lakers club. And there is one more thing that will play a big role in whether or not the Nuggets can fight their way back into this series.

The Nuggets have to close out quarters, or at bare minimum, not allow the Lakers to cool their steam at the end of each twelve minute period. It seems like all the Nuggets' good runs during this series have fallen smack-dab in the middle of the quarter and every time the Lakers find a way to swing the momentum back into their favor at the quarter's conclusion. In L.A., that was devastating because the Laker faithful were able to get on their feet and carry the team's momentum over into the next quarter as Denver had its heads down in the huddle. However, if the home court Mile High City advantage is going to be able to play a role in today's game the Nuggets have to reverse this trend.

Remember, Denver was a stout 33-8 this year in the Pepsi Center and have historically been a better home ball club. So if the Nuggets are going to avoid the mighty sickle of the dark one they need, scratch that, HAVE TO win game three. Otherwise, pick a plot and let me know what to write on this season's tombstone.