Enough to Make Me Yak 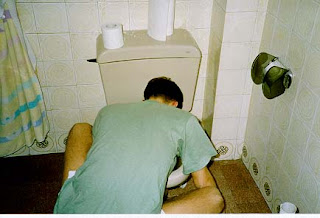 (Boulder-CO) After looking at the box score again from the Dallas game there is one Nugget that has blatantly dropped the level of his play in the most recent handful of games. He hasn’t shot well, his defense has become less intense, and despite playing more minutes and moving into the starting lineup has not upped his averages. Yakhouba Diawara is the player I am spotlighting and the bulb is close to burning out.
In the Dallas game, Yak played his worst game statistically in the most minutes he has played so far this year. The embarrassing stat line reads one point, one assists, one block and five rebounds. Diawara went 0-4 from the three-point line, 0-11 overall with four personal fouls and two turnovers in 40 minutes.
I have been one of the biggest supporters of Yakhouba Diawara even before he had played a single minute for the Nuggets, but enough is enough. If you’re not hitting, stop shooting! Diawara needs to hunker down on defense and reestablish himself for the Nuggets. His shot was falling early this year, but not all that glitters is gold. And in this case… it is definitely Pyrite at this point.
The Nuggets need Yakhouba to step-up and if it isn’t in the scoring column than he needs to find another way. I’m conjuring up old adages from coaches of yesteryear and the one that sticks out more than any is this; offense has off nights, defense doesn’t!

When Melo got suspended, I thought I'd be cool by picking up Yak. Now he's gone and made me look like a fool. What the hell, man.

As I said in my other comment, I totally agree with you on Yak. He's got some serious defensive skills, but I think his confidence has been so worn away by his dreadful shooting that he's losing his defensive spark too. Hopefully he'll start going to the basket a bit, because he is pretty effective doing that. At least more effective than 0-11...

And the real reason that I commented was to point out this TrueHoop post linking to an ESPN Insider article about AI and the Nuggets. It's a really great read with in-depth basketball arguments about why they're going to be so hard to guard when Melo and JR get back. Let me know if you don't have Insider or whatever and I can send you the whole article or whatever. Here's the link: http://www.truehoop.com/denver-nuggets-68195-david-thorpe-has-been-watching-allen-iverson.html

Go Nugs! I'll be cheering from my 10-game nosebleeds again.

When Melo got suspended I thought I'd be cool and pick up Diawara for my fantasy team. Now I look like a fool. What the hell, man.

Hahaha, that hits too close to home Seth. Reggie's about to go back on the waiver wire after his 90 missed under-the-hoop layups. I mean christ, can ANY of these guys make open layups or jumpers?

I nearly vomited with rage at the game tonight. Aside from the ridiculously bad performance of the Nuggets (I think it was by far the worst of the year because it was so damn sloppy -- not that we got beaten that badly), I was wishing I had a rock to chuck at those worthless refs. I know it's the most cliche thing in basketball to complain about the refs, but this is seriously horrible. AI getting poked in the eye, bashed around, and generally beaten up the whole game and he got 10 free throws? I dunno, the whole place kept blowing up every time a call was made because nearly all of them were either chinsy touch fouls or just horrible calls (or no-calls as it was with AI)... Just makes me sick to see games influenced so heavily by refs -- they totally stole our momentum when we were trying to come back, and then AI gets tosseed for arguing ANOTHER bad call by these morons... Ugh... ref vent over..

And it was just really sloppy all around. AI and Camby combined for 12 turnovers, most of which were due to sloppy ball handling and stupid passes in traffic. I don't know how many times we bounced the ball off of someone's foot or simply lost the handle. It was basically pitiful to watch.

In the good news column, Yak went off for a career-high 23 (5/10 from deep!). So that's good news -- but the rest of the team (and the damned refs) sucked it up for the whole game and probably wasted the best shooting performance they're going to get from a guy like Yak. We should've won this game -- we shouldn't have had to make that big rally to tie it at halftime and we damn sure shouldn't have given up another 13 point lead which screwed us over in the end.

Just ridiculous. I really do think we're the absolute worst shooting team in the league right now. Hopefully that will be taken care of by JR and Melo, but seriously -- these guys cannot hit 15-footers at all. They'll get a good deep performance from a few guys, but if you only make like 30% of your mid-range jumpshots, you're going to get killed by pretty much every team in the league. The kids at halftime made their layups better than the Nuggets did tonight. It was the firs time I Walked out of a game with over a minute left. Hopefully it's the last and we get our shit together.

Nugg Doctor, can you prescribe me some weed or something to make me forget this horrible game? Maybe just a blow to the head will suffice...

I have no medical training or pull at the pharmacy, Stumbleweed. I also strongly suggest you stay away from any blows to the head!