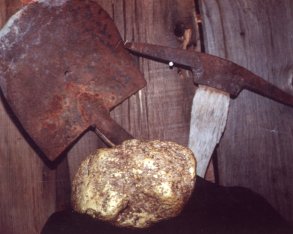 Team: The Denver Nuggets
Last Year’s regular season record: 44-38
Key Losses: Francisco Elson, Greg Buckner, Rueben Patterson, and DerMarr Johnson (maybe).
Key Additions: J.R. Smith, Joe Smith, Yakhouba Diawara, Jamal Sampson, and Nene (kinda).
Predicted regular season finish: 51-31, Northwest Division Champions.
In case you have been in a coma, the Denver Nuggets have had a very busy off season that you should be brought up to speed on. Francisco Elson jumped ship and is now a Spur, Greg Buckner is a Maverick, and Ruben Patterson plays for the Milwaukee Bucks via a trade that landed Joe Smith in Denver. With a couple of holes to fill, that prompted the Nuggets to acquire J.R. Smith from the Hornets for Howard Eisley and two second round picks in next year’s draft. Yakhouba Diawara, a summer league player, was signed after formerly playing for Climamio Bologna. And the signing of free agent Jamal Sampson brings another big body into the rotation.
The Nuggets also have the return of Nene from a knee injury that essentially voided his entire last season. His surgery was deemed a success and he has been working to get back into shape all summer long. Kenyon Martin wasn’t traded and has patched things up with Coach Karl after his suspension from the team due to conduct detrimental to the team, and Reggie Evans was resigned to dominate the boards with Marcus Camby.
Oh, and I almost forgot… Carmelo Anthony was named to the All-World starting five of the FIBA championships! He was the only American to receive that honor and was absolutely fabulous playing for the USA. Averaging 19.9 points (a team high), 3.7 rebounds, 1.9 steals, and 1.4 assists a game, while shooting 50.4 percent from the field was a treat to watch for any Nuggets fan.
Keys to success for the Nuggets:
-Carmelo Anthony’s emergence as the true leader of this team and his continued offensive excellence.
-J.R. Smith’s development as a shooting guard.
-Nene’s contribution off the bench and the potential to move into the starting line-up.
-Andre Miller’s continued consistency and durability.
-Pressure defense with the limit of lethargic lapses. They are inevitably going to happen, but do they have to happen every night?
Obstacles to avoid?
-Injuries, injuries, and more injuries. This team needs to avoid the injuy bug, especially those who have proven to be prone, and I’m looking in the direction of Kenyon Martin, Nene, and Marcus Camby.
-Relying too heavily on the fast break. I think that the Nuggets have the size to be comfortable in a more grinding half-court style of play.
Who is this year’s Denver Nuggets breakout player?
The breakout player of the year is going to be J.R. Smith. After escaping the dog house of Byron Scott, Smith is going to be put into a situation in Denver where he is going to get the minutes needed to really come into his own this season. Being placed with the best alley-oop passer in the league in Andre Miller should be a highlight reel all season for the athletically freakish Smith to embrace. The sky is the limit and the situation is right. Still have doubts about this guy’s game? Check out this link, http://www.youtube.com/watch?v=soEX62bK4Tw , and then you will understand why he might be the steal of this off season.
What you should expect out this team?
When you talk about the potential depth of the Nuggets playoff run this season you have to keep a few things in mind. First, The Nuggets are a team that is searching for an identity. They have the talent, the coach, the superstar, and the city of Denver behind them. They know what it takes to make the playoffs from the last three years, but it will be what they have learned from the first round disappointments in those three years that gets them to second round this season. The additions Nuggets management has made should make this team improve, and I think that and the maturation process of Carmelo Anthony should be able to get this team to the second round at least.
Projected Order of Finish in Division
1. Denver Nuggets
2. Utah Jazz
3. Seattle Supersonics
4. Minnesota Timberwolves
5. Portland Trailblazers
And there you have it, The Nugg Doctor Denver Nuggets 2006-07 team preview. With so much to talk about, I figured I would just hit the most critical points and most interesting topics. This 30 Teams in 30 days has been a great success and I am just happy to contribute. Much thanks goes out to Jeff at http://www.celticsblog.com/ for putting this whole thing together. Thanks for reading The Nugg Doctor.
Posted by Nugg Doctor at 7:57 PM

I like the addition of Joe Smith to this team. It lessens the concern that I had over them losing Elson. Considering the fragility of Denver's front line, I expect Smith will be seen in the starting lineup from time to time.

Smith is a good low-risk / high-reward pickup. I agree that his ability to develop as a 2 guard is critical to Denver's success.

On the topic of 2 guards, does it concern you that Denver has been incapable (or unwilling) to address this rather glaring need through several drafts? Every year it is called out as a priority, yet they always seem to draft another athlete or big body that ends up traded, playing in Europe, or riding the pine. Does this organization simply have an aversion to building through the draft? Perhaps they're terrified of making another Tskitishvili pick?

I am not sure if it is merely the Skeeter pick that makes the Nuggets shaky on draft day because they have done a notoriously poor job selecting the pending superstar. Remember El Busto Tony Battie? And what about Raef? These guys were taken before some really great players and they didn't amount to much more than average pros. Personally, I think that the Nuggets need me in their war room on draft day!

I don't even think they necessarily need to draft that next superstar, merely attempt to fill a need. If they were hurting so bad for outside shooting, why not take a flier on Francisco Garcia with the 20th or 22nd pick in lieu of Hodge or whoever it was they took at 22 and hastily dealt? It befuddles me why they wouldn't at least take a shot at finding a pure shooter to contribute off the bench.

Thanks for the love, Dr. Nugg.
xoxo